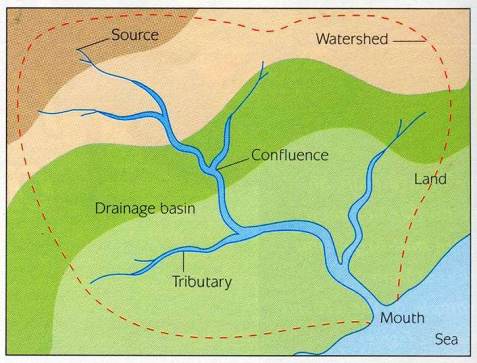 The drainage basin as an open system. 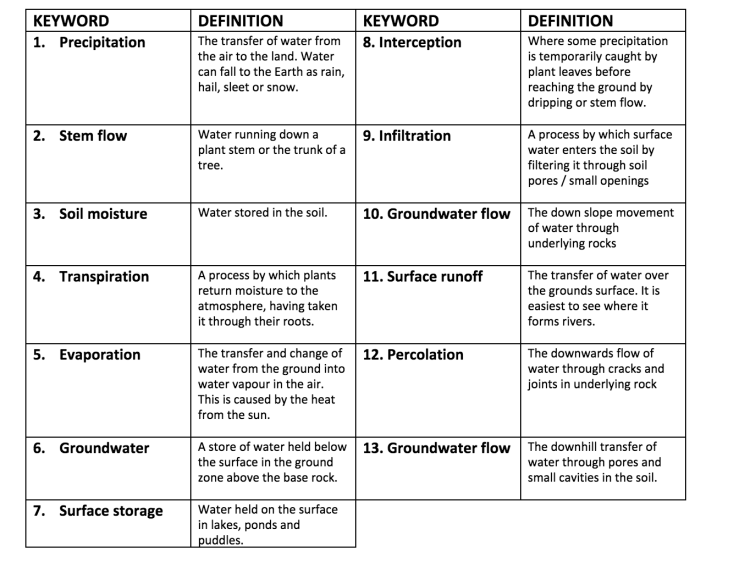 Cryosphere: The cryosphere is the frozen water part of the earth’s hydrological system. 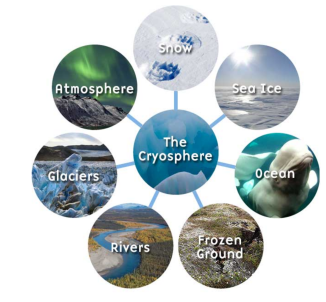 Hypothesis:  Discharge increases as the distance from the source increases.

This is a valid hypothesis as the cross-sectional area increases due to vertical and lateral erosion as you move away from the source towards the mouth.  The other component of discharge is velocity.  In theory, this also increases as a result of less friction, where material has been broken down, the channel is now shallower and deeper in the lower course.

This shows the efficiency of a river.  Unit (m).

–Erosion (wearing away of material in a river, and the bed and banks)

4 types of erosion processes.  Watch the video and complete the worksheet, linked below.

–Transportation (moving of material in a river)

-Deposition (dropping off material in a river or on the floodplain).

This can take place where there is a sudden increase in a river’s load (e.g. landslide could occur in the upper course), on the inside of a bend (meander), where the river has less energy to transport material, where the river meets the ocean or a lake (the mouth of the river), or when the river exceeds bankfull (this results in flooding where material is deposited on the floodplain.

Examination question:  “River landforms can be classified as either erosion or deposition”.  Discuss this statement.

The main erosion processes in the formation of a waterfall are hydraulic action and corrasion.

In addition to the diagram above a process called flocculation is also important.  This is where freshwater and saltwater meet and produce an electrical charge which results in the fine clay particles to deposit (this is because their weight increases as they stick together).

The conditions required for a delta to form include, a large load, calm area so the material deposited is not removed and a shallow area.  Therefore, not all rivers have a delta.  The handout below contains additional information.

Examination question:  “River landforms can be classified as either erosion or deposition”.  Discuss this statement.

A top mark would be one that would argue that landforms are a combination of both erosion and deposition.  You could argue that one may be more prevalent in certain stages along the river and in various landforms.

As stated for a levee, you could also state that a delta is formed by both processes.  Without erosion, it would not be possible to transport and deposit a large load which is required for the formation of a delta.

The obvious one would be to state that a meander is a combination of both, state the type of erosion processes taking place on the outside of a bend where the velocity is greatest, for example, hydraulic action and corrasion result in lateral erosion while carving out a river cliff.  While the inside of the bend has a lower velocity, resulting in deposition.

You may argue erosion is more dominant in the upper course, in particular, vertical erosion caused by hydraluic action and corrasion during the formation of a waterfall.  You could argue deposition takes place when the cap collapses and falls into the plunge pool, at the same time resulting in corrasion as it deepens the plunge pool further.